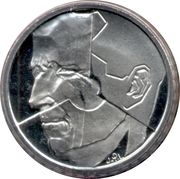 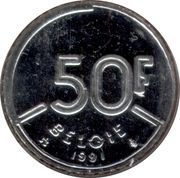 A stylized portrait of Baudouin I facing left, designer's name below.

Denomination in centre, legend in Dutch below. Year at bottom flanked by privy and mint mark. 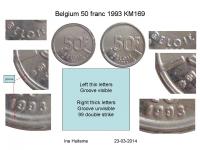