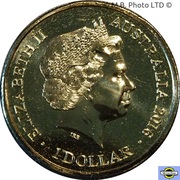 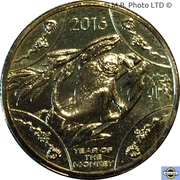 In 2007 the RAM launched an on-going series of Aluminium-bronze NCLT 25mm one dollar coins depicting each Lunar year and their representative animals. The series ran until 2018. The "Year of the Monkey" was the tenth coin in the series and was issued in a long coincard. 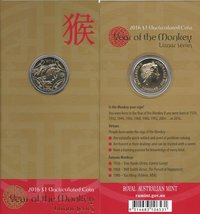 The Chinese Zodiac is based on a twelve year cycle, each year being represented by an animal. People born in the "Year of the Goat" are naturally quick witted and good at problem solving. Famous Goats include "Tom Hanks", "Will Smith" & "Yao Ming" Cole.