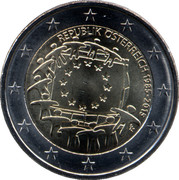 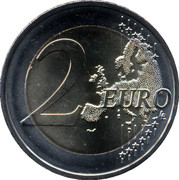 Reeded with inscription. Combination of 2 EURO and *** repeated four times

sold in bank rolls with 25 coins