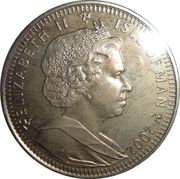 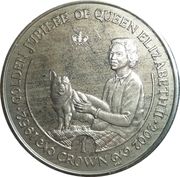 Portrait of Queen Elizabeth II wearing tartan kilt/skirt with a corgi on her lap. To the upper left of the portrait is a Royal crown with 2002 inset and the words "THE QUEEN'S GOLDEN JUBILEE" around the crown. Around the entire coin are the words "1952 . GOLDEN JUBILEE OF QUEEN ELIZABETH II . 2002" with "1 CROWN" at the bottom centre edge of the coin.

Coin included in a commemorative cover 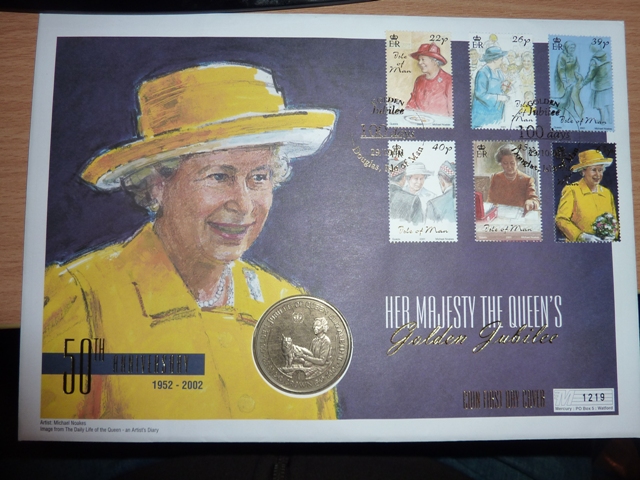 Members from this site want to exchange it: Storm, hambi