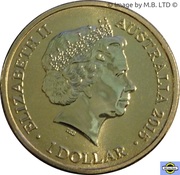 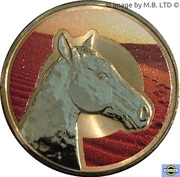 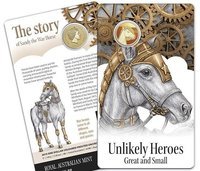 During World War I, 6100 Australian horses were deployed overseas. ‘Walers’ was the name given to horses used by the Australian Imperial Force in Magdhaba and Beersheba throughout the Middle East Campaign. Of the 6100 ‘Walers’ who fought alongside our soldiers, only one horse completed his journey back home: Sandy the War Horse. Sandy was the loyal companion to Major General Sir William Bridges, First Commander of the Australian Imperial Force. After the Major’s death, Sandy was cared for by Captain Leslie Whitfield in Egypt. In 1918, Sandy was brought home to graze at an Army stable in Victoria, where he saw out the rest of his days.

Released by Australia Post was this stamp and coin set. It comprises an imperforate minisheet and a coin from the Royal Australian Mint. 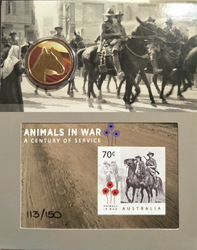 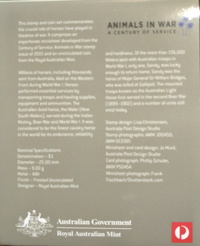