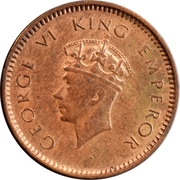 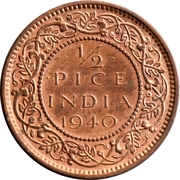 Denomination and date within circle of beads, wreath surrounds