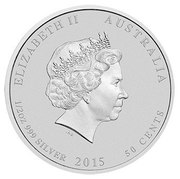 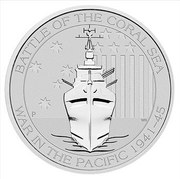 70th Anniversary of the Battle of the Coral Sea

The Battle of the Coral Sea was fought during 4-8 May 1942. It was a major naval battle in the Pacific during World War II between the Imperial Japanese Navy and naval and air forces from the United States and Australia.

Members from this site want to exchange it: RGormanJr, Kevinwithrow

Bullion value: 12.19 USD Search tips
This value is given for information purpose only. It is based on a price of silver at 861 USD/kg. Numista does not buy or sell coins or metal.