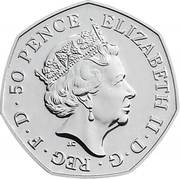 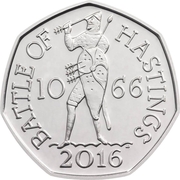 950th anniversary of the Battle of Hastings

Image of King Harold with an arrow in his eye and three in his shield dividing date, legend around, date below. 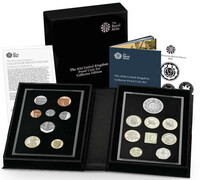 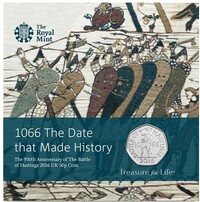