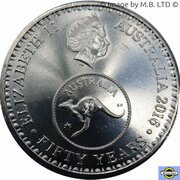 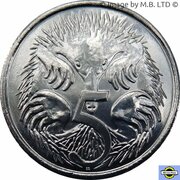 This coin was released into circulation by the RAM to commemorate the Changeover 50 years ago in 1966 to decimal currency in Australia.

The Reverse of the coin is the same as a standard definitive 5 Cent coin. The Obverse of the coin has a miniature Ian Rank-Broadly Queens Head and a representation of an Australian Penny coin as issued between 1953 to 1964. This coin was released into circulation in 2016 alongside the normal definitive version. 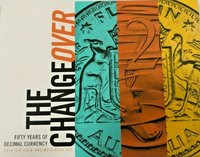 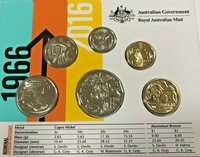 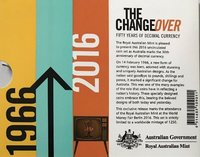 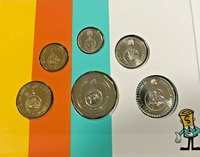