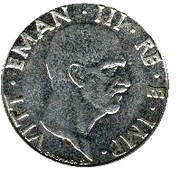 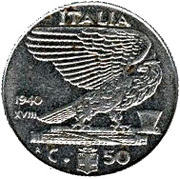 Eagle holding a fasces with an axe in its claws, date and year of Fascist Era on the left, near the tail with the Savoy shield below in the exergue dividing the value, with the mintmark at left