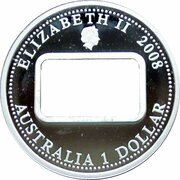 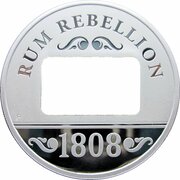 Issued by the Perth Mint to commemorate 200 Years since the Rum Rebellion in 1808. This Fine Silver (.999)Proof coin came with a 20 cent dump that was colourised on the reverse side.
See these pictures of the coin containing the dump. 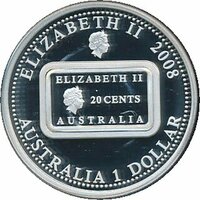 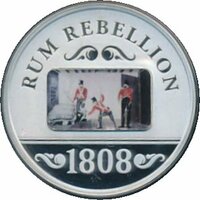 Bullion value: 19.67 USD Search tips
This value is given for information purpose only. It is based on a price of silver at 782 USD/kg. Numista does not buy or sell coins or metal.