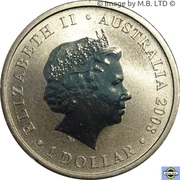 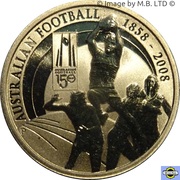 This Perth mint coin celebrates 150 Years of Australian Rules Football. It was released in a coincard in a slipcase. 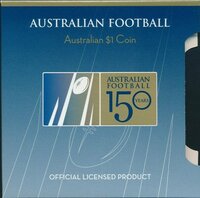 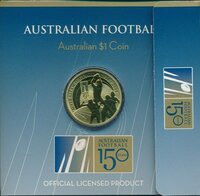