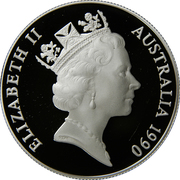 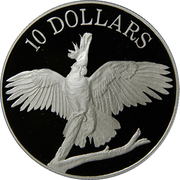 Cockatoo with wings spread sitting on a branch