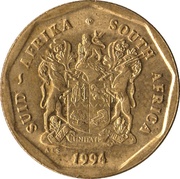 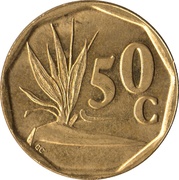 Bird-of-paradise flower (Strelitzia reginae), commonly known in South Africa as the "crane" flower, which is native to South Africa with the value to the right, all within a nonagon