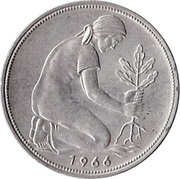 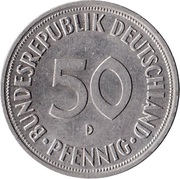 A woman (Trümmerfrau) planting an oak, symbol of Germany's rebirth after the war

Documentation of the 1971 large and small D, not mentioned in the year list: 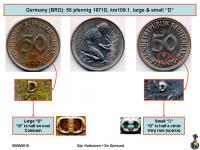 Documentation of the 1971 large and small J, mentioned in the year list: 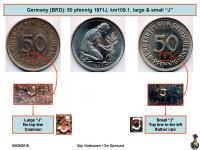 Obverse varieties between 1970 and 1990 in thickness of letters: