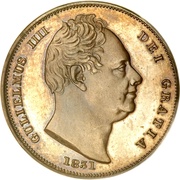 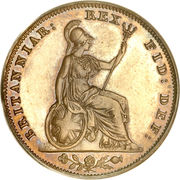 Translation: William the Fourth by the Grace of God

William Wyon RA, was official chief engraver at the Royal Mint from 1828 until his death.

Translation: King of the Britains Defender of the Faith