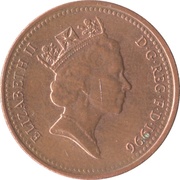 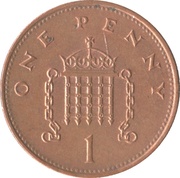 A crowned portcullis with chains (an adaptation of the Badge of Henry VII, now the Badge of the Palace of Westminster) with legend above and denomination below. 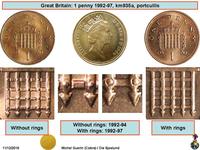