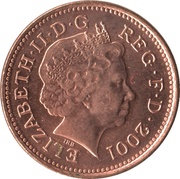 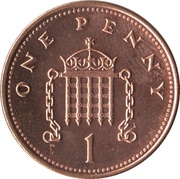 A crowned portcullis with chains (an adaptation of the Badge of Henry VII, now the Badge of the Palace of Westminster), denomination around.

In 1999, the Brilliant Uncirculated and Proof Annual sets featured pennies struck using bronze planchets, due to a world shortage of steel.

Reports have been received regarding differing number of beads to both sides: 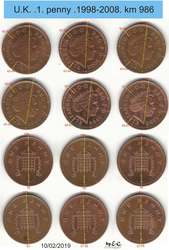 Reports have also been received regarding reverse varieties for the 2000 & 2004 issues: 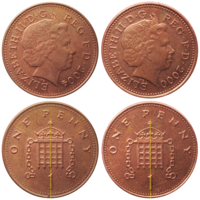