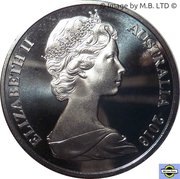 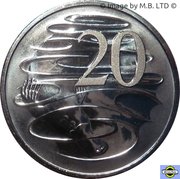 Her Majesty The Queen 90th Birthday

On 21 April 2016, Her Majesty Queen Elizabeth II celebrates her 90th birthday. In celebration of this monumental occasion, the Royal Australian Mint is issuing a special three coin set featuring the three different effigies of Her Majesty by Arnold Machin, Raphael Maklouf and Ian Rank-Broadley that have graced our decimal circulating coins since 1966. This set will be offered as a made to order product, meaning the customers decide the mintage!

It was also issued in a separate PNC by Australia Post