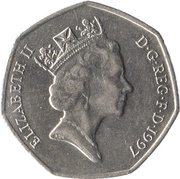 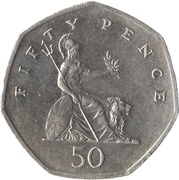 A figure of Britannia seated beside a lion, with a shield resting against her right side, holding a trident in her right hand and an olive branch in her left, with denomination below and legend above