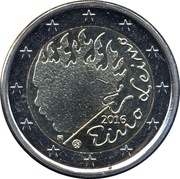 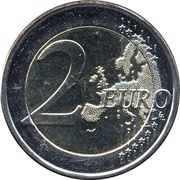 90th Anniversary of the Death of the Writer Eino Leino

At the inner part of the coin is a flame, and a poker pointing upwards to the right. The inscription ‘EINO LEINO’, in semi-circle and the year of issuance ‘2016’ are placed at the right. At the bottom left is the indication of the issuing country ‘FI’ and the mint mark. The coin’s outer ring bears the 12 stars of the European Union.

Eino Leino (6 July 1878 – 10 January 1926) was a Finnish poet and journalist and is considered one of the pioneers of Finnish poetry. His poems combine modern and Finnish folk elements. The style of much of his work is like the Kalevala and folk songs. Nature, love, and despair are frequent themes in Leino's work. He is beloved and widely read in Finland today.