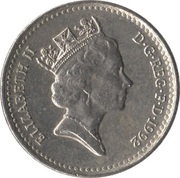 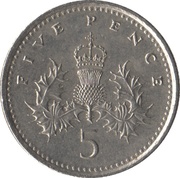 The Badge of Scotland, a thistle royally crowned, legend above, denomination below.

There were no business strikes issued for circulation in 1993; coins bearing this date were available in BU and Proof sets only. 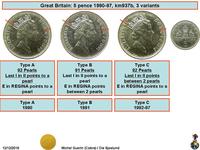 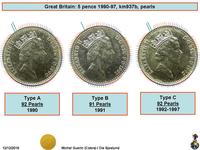 There is evidence to suggest that the dies used for the BU mint sets of 1990-92 and 1995-97 were Type C but this is yet to be confirmed by any official sources.

Reports have been received regarding rounded/wire edge and squared/flat edge varieties for the 1992 issues. The existence of this variation is common knowledge for the 10 pence but is less well documented for this type.