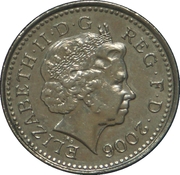 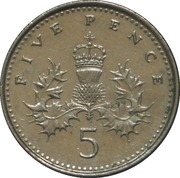 The Badge of Scotland, a thistle royally crowned, with legend above and denomination below.