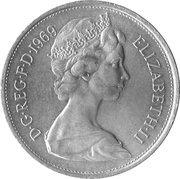 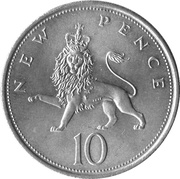 Part of the Crest of England, a lion passant guardant royally crowned, legend above, denomination below. 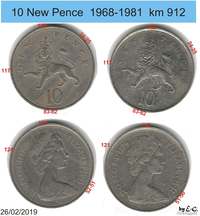