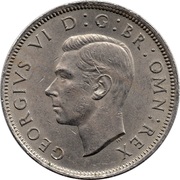 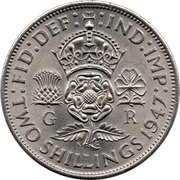 Crowned Tudor rose flanked by thistle and shamrock, legend above, denomination and date below

Translation:
Defender of the Faith Emperor of India
King George