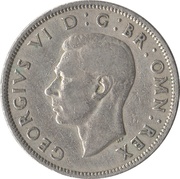 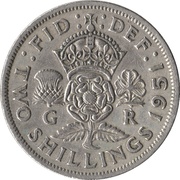 Crowned Tudor rose dividing royal cypher below thistle and shamrock, legend above, denomination and date below.