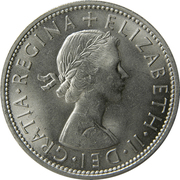 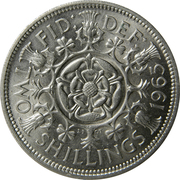 Central Tudor rose surrounded by thistles, shamrocks and leeks, legend above, denomination and date below.