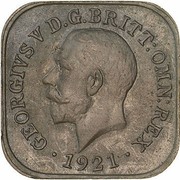 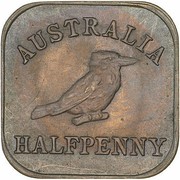 Uncrowned head of King George facing left; circle legend with date below and an ornamental stop before and after the date

Kookaburra of inferior design as a result of being spoilt by the reducing machine. Bird perched on a long thin section of a tree branch