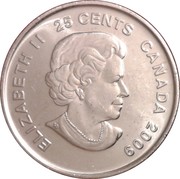 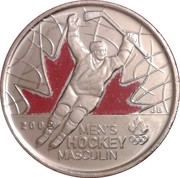 Also, this coin was featured as part of a 15-coin series issued from Petro-Canada stations across the country. Thus, there is the circulating version and the non-circulating, collector-card version. Of the 15-coin series, this is the 13th coin.