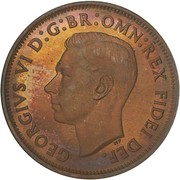 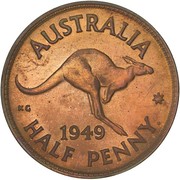 Translation:
George VI by the Grace of God, King of all the British territories, Defender of the Faith, Emperor of India
HP

Mintmarks:
If there is PL after "PENNY" coins are made at either Birmingham or London, there is no way to distinguish. 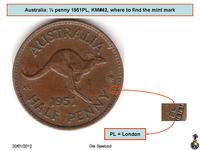