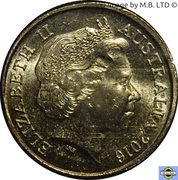 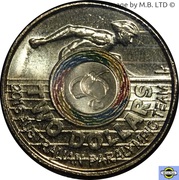 The inaugural Paralympic Games took place in Rome in 1960. Since then these Games have been held in each host city following the Olympic Games.

Australians have participated in every Paralympics to date and have achieved a top five finish on the medal tally at every Games since 1996.

The coin was also issued uncirculated in a coincard.