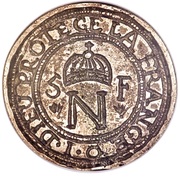 Cattaro (present-day Kotor in Montenegro) was part of Venetian Albania until 1797, after which it became part of the French Illyrian Provinces. In 1813 the town was sieged by a British fleet. In 1815 Cattaro became part of the Kingdom of Dalmatia within the Austrian Empire.