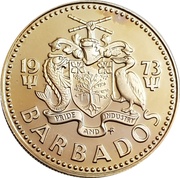 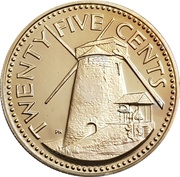 National Arms of Barbados with the country name below 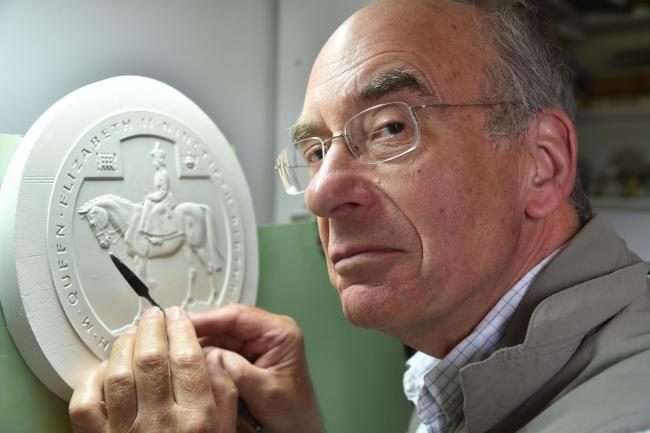 Philip Nathan (1941) is a sculptor and coin designer. He trained at Guildford School of Art, 1957-62, where he specialized in carving and terracotta modelling, then at the Royal Academy Schools, where he won the silver medal for sculpture. Worked for the Royal Mint as engraver and designer, between 1965 and 1968. Between 1968 and 1973 he worked at the Franklin Mint. 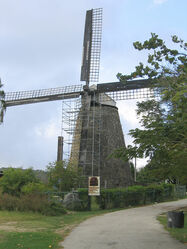 Morgan Lewis Windmill, St. Andrew, Barbados | Source: Wikipedia
The Morgan Lewis Windmill is one of only two functional windmills in the Caribbean. It was built in 1727 and in operation until 1945, the mill was used to grind sugar cane and could deliver up to 1,500 gallons of cane juice to the boiling house daily.

After 1945, when the mill stopped operating, it fell into disrepair and was at one time listed among the world's most endangered heritage sites. In 1996, the Barbados National Trust embarked on a restoration project and returned the mill to its original working specifications.

Grinding is done at Morgan Lewis every second Sunday between the months of January and April, and the mill and its grounds are open for tours.
(From Central Bank of Barbados)

The Royal Mint coins were struck by two groups of dies for Obverse and Reverse.