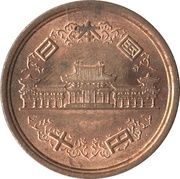 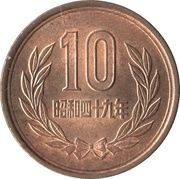 Phoenix Hall (Hōōdō Temple, Byōdō-in) in center with Country name on top and value below

Value and denomination within wreath

In Shōwa 61 (1986) a new die design was introduced with various changes to the details of the Phoenix Hall.
Three main differences as referred to in the JNDA catalog: 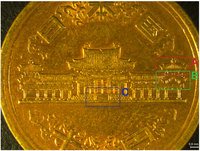 Macro images of locations A -C 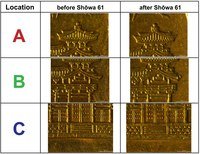