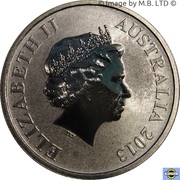 Depiction of a skateboard rider performing a trick with coloured background