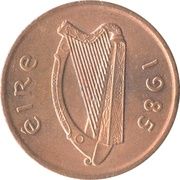 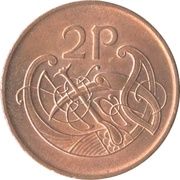 Decorative initial "U" resembling a bird, out of the "Book of Kells" with the denomination above