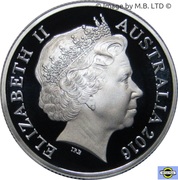 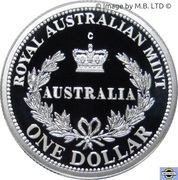 Representation of a Sydney sovereign

In 2016 the RAM released this NCLT Fine Silver (.999) Proof Coin to Commemorate the First Mints of Australia with the design depicting the original Sydney Gold Sovereign.

The coin was issued in limited numbers in a capsule held within a plush black box with numbered certificate. It has a "C" Mintmark.