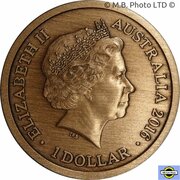 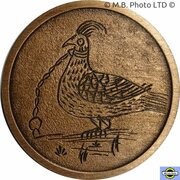 Bird with chain around its neck

Issued by the RAM in 2016 in a large coincard is this larger than normal copper $1 coin listed as a "Convict Love Token".. 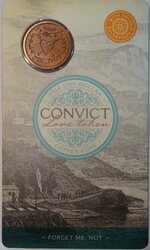 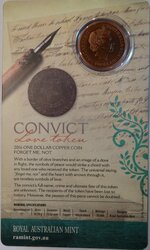 In a tribute to the acts of love and early coin-making feats of our convict ancestors, these specially minted coins honour love tokens. Many transported convicts made these as a final heartfelt link between them and their loved ones, and they often served as treasured mementos.