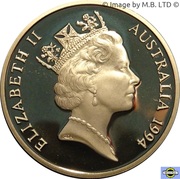 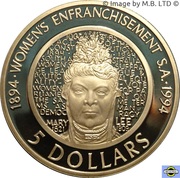 100th Anniversary of Enfranchisement of Women in South Australia

20,006 of these NCLT coins were struck by the RAM in Aluminium-bronze Proof Finish in 1994. This coin commemorates the 100th Anniversary of the enfranchisement of women in South Australia. The efforts of Australian suffragists such as Mary Lee, led to Australia adopting fair and equal electoral opportunity for all citizens at the time of Federation.

The coin was released in a capsule in a plush case with certificate. 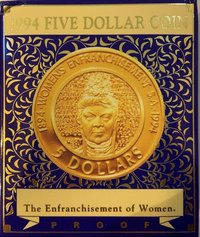 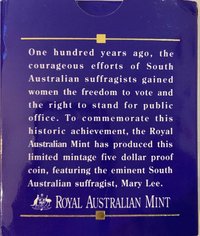 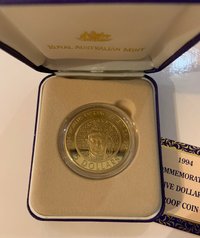 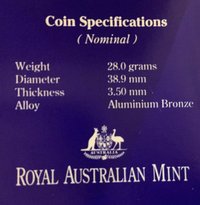 A bi-metal version of the coin commemorating the same achievement was also released in a credit card style coincard.