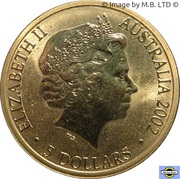 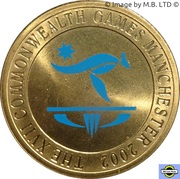 This NCLT coin is part of a three coin set minted by the RAM in 2002 to commemorate the XVII Commonwealth games played in Manchester, England in 2002. The coins were issued in capsules in a rectangular plush case which was inside a cardboard box.