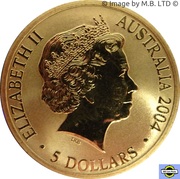 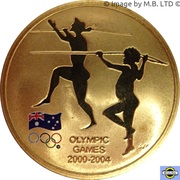 Depiction of an ancient Greek athlete holding a spear and an Australian Aboriginal spear thrower. Below is a coloured Australian flag and below that the coloured 5 Olympic Rings

This NCLT $5 aluminium bronze coin was minted by the RAM and issued in a large square coincard. 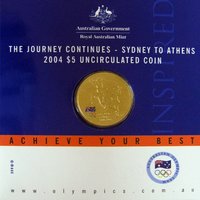 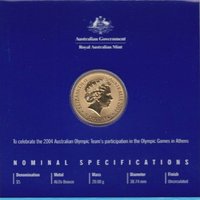 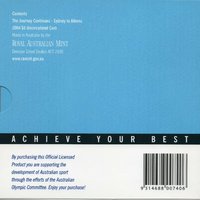 The design considers the 2700 year history of the Olympic Games as well as uniting the Australian and Greek cultures through history and sport. The depiction of the ancient Greek athlete and an Aboriginal spear thrower emphasises the physique and prowess shown in their purposeful stance and highlights the two ancient cultures of the two nations, Australia and Greece.

The first Modern Olympic games were held in Athens, Greece in 1896 and return again in 2004. Sydney to Athens is a pertinent reminder of the continuing journey undertaken by the Australian Olympic team. Australia is one of only two nations, Greece being the other, to have competed at every one of the Modern Summer Olympic games and has been fortunate to have hosted the event twice: Melbourne in 1956 and Sydney in 2000.