The Democratic Republic of the Congo or Congo-Kinshasa is a country in Central Africa bordering the Republic of the Congo, the Central African Republic, South Sudan, Angola, Zambia, Tanzania, Uganda, Rwanda and Burundi. It remains largely unexplored to this day, but was first mapped by Pierre de Brazza, which allowed for Leopold II of Belgium to lay claim to the region as the Congo Free State during the Scramble for Africa in 1885. Reports of human rights abuses on rubber farms there led the Belgian government to take over the territory in 1908, and it became the Belgian Congo, or Lower Congo to distinguish it from the French Congo, or Middle Congo. Ruanda-Urundi (now Rwanda and Burundi) was attached to it from German East Africa after WWI in 1919; it was a supplier of uranium to the Allies in WWII, and gained it's formal independence from Belgium after the war in 1960. After attempted secession by Katanga, the DRC became an anti-communist right-wing dictatorship during the Cold War, known as Zaïre until 1997. After two civil wars in 1996-2003, the DRC is only a little closer to democracy as of 2018. It currently has a population of about 78.7 million, and uses the Congolese franc. The Belgian Congo was first acquired by King Léopold II in 1885 as the Congo Free State, and coinage on par with the Belgian Franc was issued in 1887-1892. The Congo Free State became notorious for human rights abuses, and was given to the Belgian government in 1908, whereupon coins in the Belgian Congolese Franc were issued starting in 1911. Ruanda-Urundi was attached to it following its acquisition from Germany in 1919. During the 2nd World War, the Belgian Free Forces were based in the Belgian Congo, and brass and silver coinage was minted. The colony became independent as the Democratic Republic of the Congo in 1960. The Congo Free State is the former name of present-day Republic of Congo, when it was awarded to the Belgian King Leopold II during the Berlin Conference in 1885. He made a lot of money exploiting the locals for his rubber enterprises. Due to bad conditions and epidemics many millions of Congolese died, but no accurate records exist. International pressure led to the annexation of Congo Free State by the Belgian state in 1908, which marked the start of Belgian Congo.
Wikidata: Q974 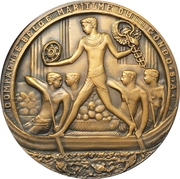 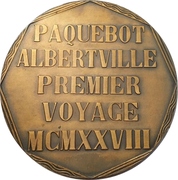 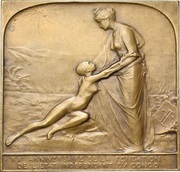 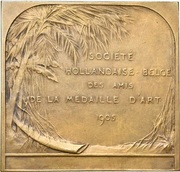 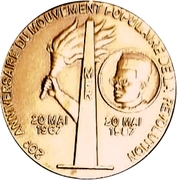 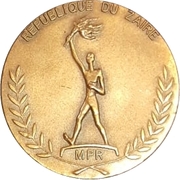 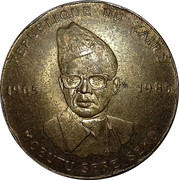 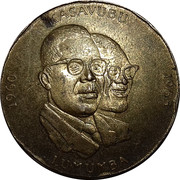 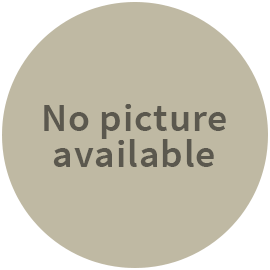 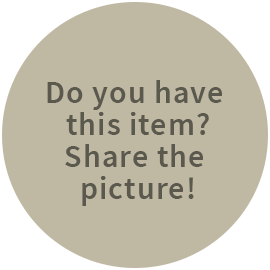 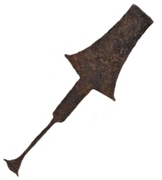 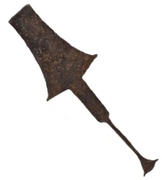 An item doesn't exist in the catalogue yet? Add it yourself!