Saint Barthélemy, officially the Territorial collectivity of Saint-Barthélemy (French: Collectivité territoriale de Saint-Barthélemy), called Ouanalao by the indigenous people, is an overseas collectivity of France in the West Indies. The island lies about 35 km southeast of St. Martin and north of St. Kitts. Puerto Rico is 240 km to the west. Saint Barthélemy is a volcanic island fully encircled by shallow reefs, it has an area of 25 km2 and a population of around 9,600. Its capital is Gustavia, which also contains the main harbour to the island. It is the only Caribbean island that was a Swedish colony for any significant length of time. Symbolism from the Swedish national arms, the Three Crowns, still appears in the island's coat of arms. The language, cuisine, and culture, however, are distinctly French. Island's name is connected to its encounter, Christopher Columbus who was in 1493 the first European on the island. He named it after his brother Bartolomeo. It was a French colony from 1648, in 1758 there was a very brief takeover by the Britain in 1758, then exchanged with Sweden on 1st July 1784 and sold back to France on 16th March 1878. On 19th March 1946, the people of the island became French citizens with full rights. Today it is an French Overseas collectivity, but it not part of EU, although it has Euro as official currency.
Wikidata: Q25362 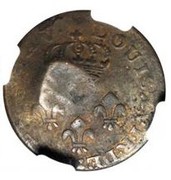 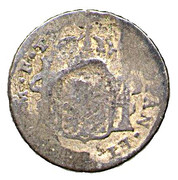 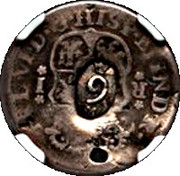 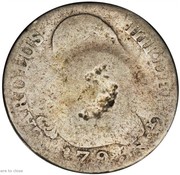 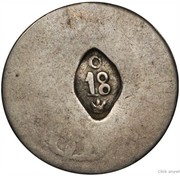 Numista referee for coins of this issuer is hoffman12.