The Saar (or Saarland) as a territory on the western Rhine border of Germany, was founded in 1920 as a political unit following the results of the Treaty of Versailles. It was separated from the German Reich and existed for 15 years as a League of Nations mandate, until it was reintegrated into the German Reich in 1935 after the vote provided for in the treaty on the basis of around 90 percent approval. After the Second World War, the Saar initially became part of the French occupation zone. France separated it from it and withdrew it from the authority of the Allied Control Council. A government of its own and the adoption of the Saar constitution on 8 November 1947 were to create a formally independent (autonomous) state structure, which the people of the Saarland named “Saarstate”. In 1954 and 1955, coins in denominations of 10, 20, 50 and 100 francs were minted for the territory. Those coins were on par with the French Franc (same values, size and metal). After another referendum in 1955, however, the Saar politically joined the Federal Republic of Germany in 1957. The economic integration by taking over the Deutsche Mark took place on 6 July 1959.
Wikidata: Q296168 Read more 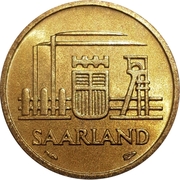 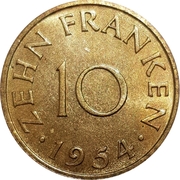 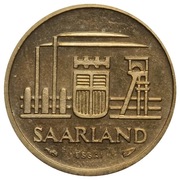 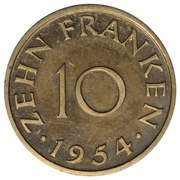 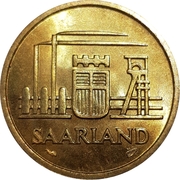 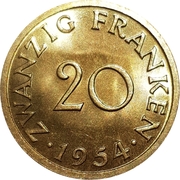 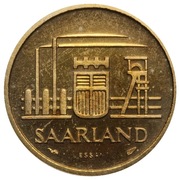 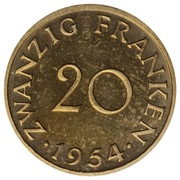 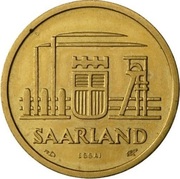 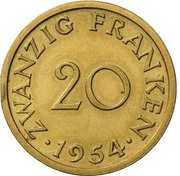 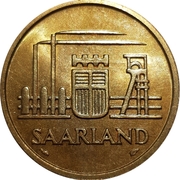 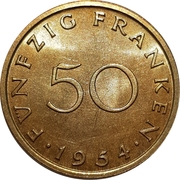 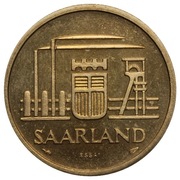 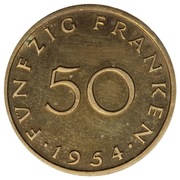 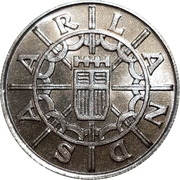 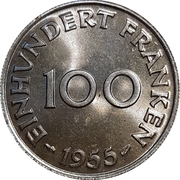 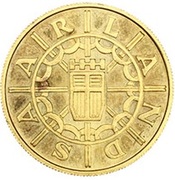 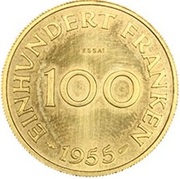 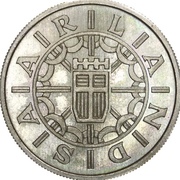 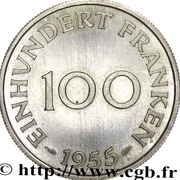 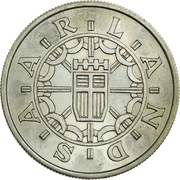 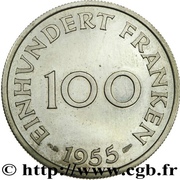 Numista referee for coins of this issuer is Ronald70.