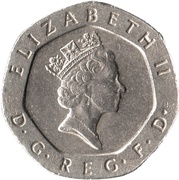 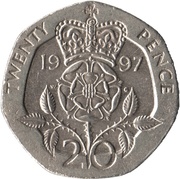 The 1986 strike was not issued for circulation and only issued as part of the Annual Coin Sets in both Brilliant Uncirculated & Proof versions. 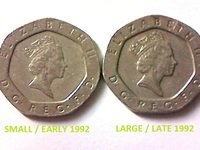 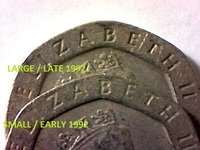 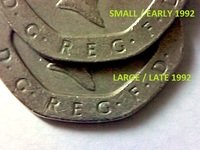 1997 has small varieties in the design of the portrait.