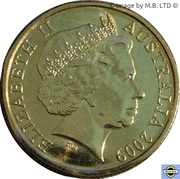 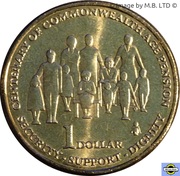 The RAM released this Commemorative $1 coin into circulation in 2009 to celebrate the Centenary of the Age Pension. In 1908 the Australian Governments' Invalid and Old Aged Pension Act was introduced.

This landmark legislation placed Australia at the forefront of social policy reform. It remains a constant and symbolic commitment to the welfare of others. In 1909 the age pension provided 65,500 aged pensioners with 10 shillings a week. It now supports more than 2 million aging Australians.