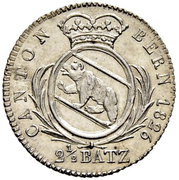 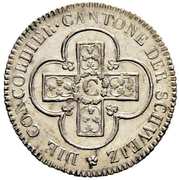 Some of these coins were struck over older coins such as this example of the KM# 195.2 struck over an 18th century Bern 10 Kreuzer. 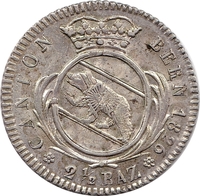 » Buy coins from Canton of Bern