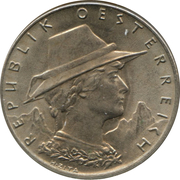 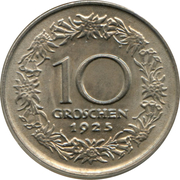 Woman of Tyrol (Margaret, Countess of Tyrol), facing right, wearing a hat, with mountains in the background

Margaret (1318 - 1369) (was the last Countess (1335 - 1363 - Retirement) of Tyrol .
Between 1363 - 1369, Tyrol was ruled independently by Austria's Habsburg Monarchy
Upon her death, Tyrol became united with the Austrian hereditary lands of the Habsburg dynasty.
Due to her second marriage prior to divorce; Margaret received the nickname Women of Tyrol or vicious woman as it went against the tenet of Christianity.