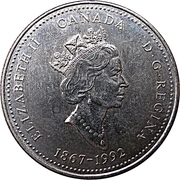 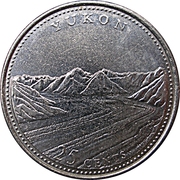 The Kaskawulsh Glacier is depicted on the face of the coin, with territory name above and face value superimposed below