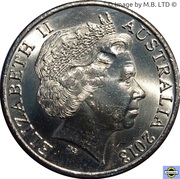 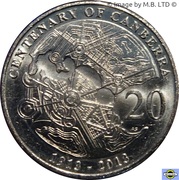 This coin was released into general circulation in 2013 by the Royal Australian Mint. It celebrates the 100th Anniversary of the founding of the City of Canberra, the Capital City of Australia. 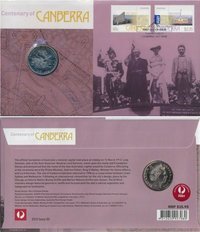